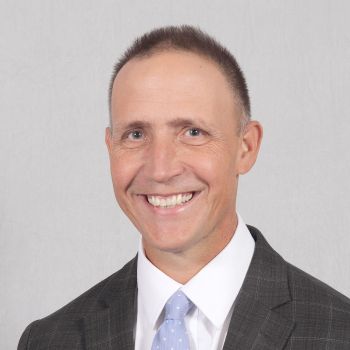 Sports in Grand Rapids: What it takes to be #1 in the minor leagues

Like much of Grand Rapids, the area’s minor league sports teams were born of an entrepreneurial spirit and a commitment to building a vibrant community. (Experience Grand Rapids)

A member of the Griffins’ original 1995 staff, Tim Gortsema began his career with DP Fox Sports & Entertainment as director of finance and administration before being named vice president in 1997. In February 2007 he was promoted to senior vice president of business operations, becoming just the second person to direct the Griffins’ front office, and he was named president of the franchise in June 2015.

Now in his 24th season with the club, Gortsema oversees all business-related activities for the Griffins, including finance and administration, sales and marketing, public and community relations, arena advertising, the Griff's IceHouse facilities in Grand Rapids, Holland and Georgetown Township, and the team’s affiliation agreement with the Detroit Red Wings. Under his watch, the Griffins have surpassed 300,000 in attendance for a franchise-record six consecutive seasons.

Gortsema, who in 2011 received the Griffins’ inaugural Founders “Overtime” Award for his career contributions to the organization, was honored as the 2017-18 recipient of the AHL’s James C. Hendy Memorial Award, which is given annually to the league’s outstanding executive.

He earned his bachelor’s degree from Hope College in Holland and his MBA from Western Michigan University. Prior to joining DP Fox Sports, he was a manager in the audit department at Deloitte & Touche, LLP.

A member of the board of directors for both the Economic Club of Grand Rapids and the West Michigan Sports Commission, Gortsema also serves on the executive team at Fellowship Reformed Church in Hudsonville and recently joined the Community Advisory Board for Lake Michigan Credit Union.

Gortsema and his wife, Suzanne, have two daughters, Danielle and Madelyn, and one son, Justin.