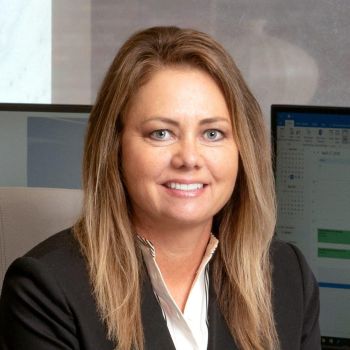 company with interests in real estate, transportation, fashion, sports and entertainment. She is also the president & COO for Fox Motors, a retail automotive and powersports group representing 48 brands in 50 locations stretching from Chicago to Grand Rapids to Marquette in the Upper Peninsula of Michigan.

Maher started at DP Fox Ventures in 1993 as the firm’s vice president of finance. She was promoted to chief financial officer a few years later and to chief operating officer of Fox Motors in 2009, and she has handled acquisitions of all Fox Motors dealerships in her role as CFO and COO, starting with the first one in 2000. Maher previously worked at Deloitte & Touche, LLP, from 1987-93 as an audit manager and as a financial consultant to DP Fox.

A graduate of Ferris State University where she earned her bachelor’s degree in accountancy, Maher received her designation as a CPA in 1987. She is currently a member of the Michigan Association of Certified Public Accountants.

She lives in East Grand Rapids, Mich., and has three children.