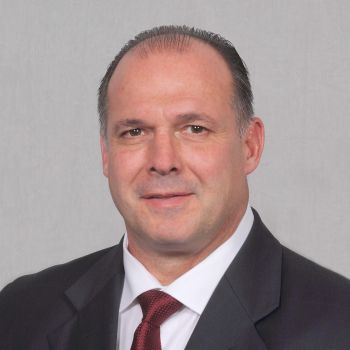 Todd Krygier was named an assistant coach for the Griffins on June 17, 2019. He begins his fourth season behind the team’s bench, having overseen a 2019-20 power play unit that ranked sixth in the AHL (20.9%) and powered the club to a third-place finish in the Central Division. Krygier improved on that performance in the shorten 2020-21 season with a power play conversion rate of 21.5%, which was good for fifth in the AHL.

Krygier made his NHL coaching debut during the 2021-22 season when he was called up to the Detroit Red Wings to help man the bench alongside Grand Rapids head coach Ben Simon, aiding Detroit to a 5-2 victory over the New Jersey Devils on Dec. 21.

Krygier, 56, spent the previous three seasons as an assistant coach for Western Michigan University (NCHC), helping the Broncos total a 58-47-8 record (0.549), finish in the top four of the conference standings twice, and advance to the NCAA Tournament for the sixth time in program history in 2017. During the 2018-19 campaign, WMU posted a 21-15-1 record overall, tied for fourth in the NCAA with a 3.47 goals per game average - which ranked as one of the highest in team history - and boasted its third consecutive year with a power play operating above 18 percent. The Broncos’ 129 total goals in 2018-19 were the third most in team history since the 2000-01 season while the 133 tallies in 2016-17 were second most.

Prior to joining the college ranks, Krygier served as head coach of the United States Hockey League’s Muskegon Lumberjacks from 2013-16. He amassed a 92-72-8-8 record (0.556), including a winning mark during each of his three seasons, and guided Muskegon to the 2015 Clark Cup Finals before falling in three games to Sioux Falls. Between the 2014, 2015 and 2016 NHL Entry Drafts combined, seven Lumberjacks were selected.

Krygier played college hockey at the University of Connecticut from 1984-88 and holds a business administration degree with a focus on finance.

+The final 13 games plus playoffs were canceled due to the COVID-19 pandemic.

++ A delayed, shortened and no-playoffs season was held due to the COVID-19 pandemic.