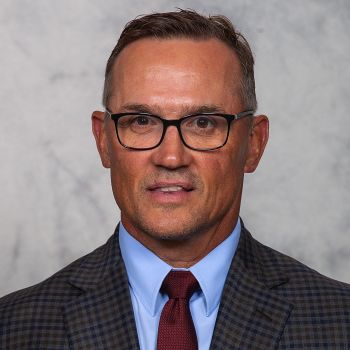 Yzerman talked about the difficulty of assessing prospects and younger players without a normal off-season. (MLive)

As general manager of the Lightning, Yzerman built Tampa Bay as a Stanley Cup contender through drafting and development. Yzerman drafted or signed a core of players which includes Tyler Johnson, Alex Killorn, Nikita Kucherov, Ondrej Palat, Brayden Point and Andrei Vasilevskiy and secured the likes of Victor Hedman, Steven Stamkos and Kucherov with long-term contracts. Yzerman also bolstered the team with several trades, including Ryan McDonagh, J.T. Miller and Mikhail Sergachev. Yzerman stepped down as general manager to become a senior advisor prior the 2018-19 campaign, a season in which the Lightning tied the NHL record for wins in a season (62), matched by only the 1995-96 Red Wings team.

From 2014-19, no team won more games (300) or scored more goals (1,554) than the Lightning, and the franchise ranked fifth overall in victories during Yzerman's time in Tampa Bay, compiling a 402-238-64 mark over that span. Tampa Bay qualified for the playoffs in six-of-nine seasons since Yzerman joined the organization, highlighted by a trip to the 2015 Stanley Cup Final. Additionally, Yzerman won the 2015 NHL General Manager of the Year Award. The Lightning made four appearances in the Eastern Conference Final since 2010-11, including three times in a four-season span (2014-15 to 2017-18). Tampa Bay logged 82 playoff games with Yzerman as general manager (2010-18), and their 47-35 mark in those games is fourth-best in the league over that stretch.

Prior to his time with Tampa Bay, Yzerman spent four seasons as Vice President/Hockey with the Red Wings, working alongside senior vice president Jim Devellano and then-general manager Ken Holland. Yzerman won his first Stanley Cup (2008) as a member of the management team after leading Detroit to three as a player (1997, 1998, 2002). Yzerman has also worked extensively with Hockey Canada, first serving as General Manager for Canada at the 2007 IIHF World Championship (gold) and the 2008 IIHF World Championship (silver). He also helped Canada capture back-to-back gold medals at the 2010 and 2014 Winter Olympics, under the leadership of Yzerman as Executive Director and Holland as Associate Director.