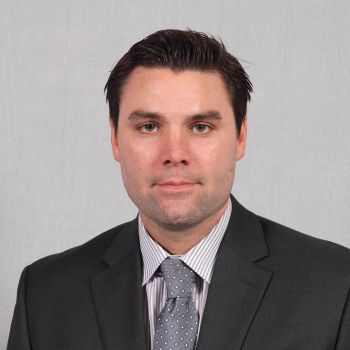 The Griffins Youth Foundation, in conjunction with the Griffins and Tim Kane, captain of the U.S. Blind Hockey Team, will host West Michigan’s first-ever “Try Blind Hockey” event from 1-3 p.m. at Griff’s IceHouse.

Matt Macdonald begins his third season as an assistant coach for the Griffins. He helped guide Grand Rapids to its franchise-record seventh consecutive playoff appearance during the 2018-19 season behind a 38-27-7-4 record (0.572), then helped move the Griffins into position to extend that streak in 2019-20 before the final 13 games and playoffs were canceled due to the COVID-19 pandemic.

Macdonald, 37, spent the previous six seasons behind the bench for the ECHL’s Cincinnati Cyclones, including the last four as head coach and director of hockey operations. He guided the Cyclones to a winning record during each of his four campaigns (2014-18) as the club’s head coach, totaling a 142-116-16-14 record (0.545) and two Kelly Cup Playoff appearances.

In 2017-18, Macdonald helped the Cyclones post a 39-30-3-0 regular season mark (0.563) – due in part to a power play that placed second on the circuit at 20.1% – before falling in five games to Fort Wayne in the postseason’s opening round. Macdonald mentored three Cyclones – defenseman Eric Knodel and forwards Justin Danforth and Jesse Schultz – to spots on the All-ECHL Second Team, while also seeing Danforth named to the All-Rookie Team.

During Macdonald’s two seasons as an assistant with the Cyclones from 2012-14, Cincinnati posted a combined 83-45-9-7 record (0.632) and advanced to the playoffs both years. In 2013-14, he served under current Griffins head coach Ben Simon as the Cyclones advanced to the Kelly Cup Finals.

Macdonald and his wife, Erin, have two children, Hazel and Max.