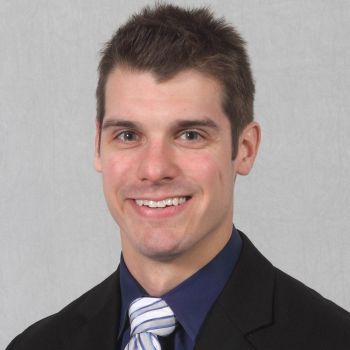 Brian Mahoney-Wilson begins his fifth season as the Detroit Red Wings’ goaltending development coach, working with the Griffins, the ECHL’s Toledo Walleye and other Detroit prospects.

In 2016-17, Mahoney-Wilson mentored a Grand Rapids goaltending unit that backstopped a 100-point season before authoring a 15-4 record during the playoffs, resulting in the franchise’s second Calder Cup championship.

Before joining the pro ranks, the 34-year-old spent the 2015-16 season as an assistant coach at Notre Dame and helped the Fighting Irish reach the NCAA Tournament with a 19-11-7 record. Working with the special teams and goaltenders, he saw Irish netminders post a 2.28 goals against average and a 0.925 save percentage, both fourth-best in Hockey East.

In 2014-15, Mahoney-Wilson served as an assistant/goaltending coach with the United States Military Academy (AHA). The West Roxbury, Mass., native also has coaching experience with the South Shore Kings (USPHL) in 2013-14 as well as a number of goaltending programs in Massachusetts, including Stop It Goaltending, Massachusetts Crease and Lovell’s Hockey Schools.

Mahoney-Wilson played four seasons (2007-11) at Lake Superior State (CCHA) and compiled a 27-41-15 record, a 2.95 goals against average and a 0.906 save percentage. Following his collegiate career, Mahoney-Wilson played one season as a professional in the Central Hockey League. In 28 games between Allen, Missouri and Bloomington, he totaled a 10-11-1 record, a 3.35 GAA and a 0.895 save percentage.

Brian and his wife, Keri, celebrated their wedding in the summer of 2017, shortly after the Griffins’ championship campaign concluded. They have two children, Teagan and Chase.